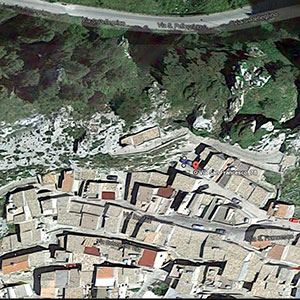 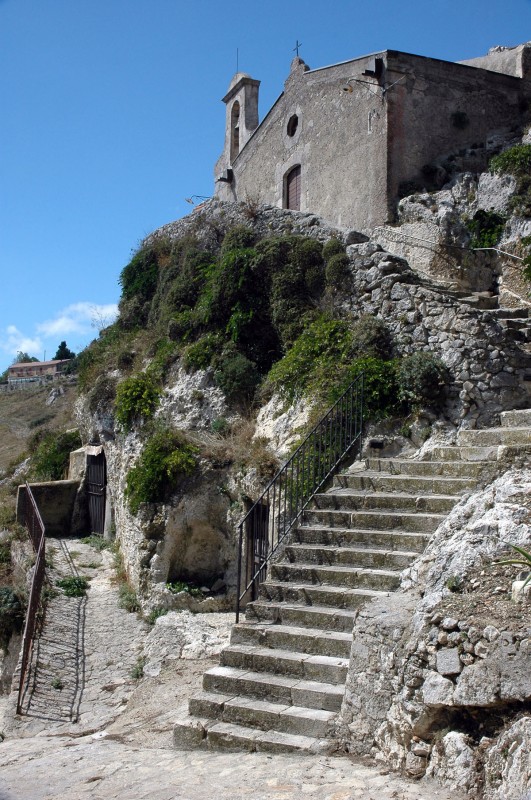 It is the high point that overlooks the entrance to downtown and that shelters, like a treasure chest, a large, artificial, cave named “The Cave of Saint Cono”. The cave has six different rooms with carved doors and windows. A possible use of this structure could have been that of a monumental funerary complex, perhaps that of a very important figure of the early settlement period, a Sican king, maybe, that lived at the time when the Mycenae culture met the Siceliotes civilization. On top of the cave, it can be found a small Bizantine masterpiece, the Church of Pietà, or of Saint Cono, that preserves in its interior a precious fresco from the XV century, with the inscription, “CONV”. Unfortunately the fresco has been damaged by humidity.